A nation known for its infallible governance has been thrown a curve ball.

SINGAPORE Deputy Prime Minister Heng Swee Keat dropped a bombshell when he announced his decision to step down as the leading fourth generation leader. 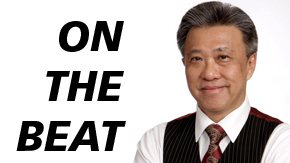 Beautiful diversity: Today, there are 25 million Muslims living in China. Here, Muslim devotees are praying at the Nanxiapo Mosque in Beijing to celebrate Hari Raya Aidilfitri. — The Star The US has found the world order quickly shifting and […] Continue Reading

Apparently, honourable individuals are rolling off the assembly line these days

Keeping track: Council of Federal Datuks Malaysia president Datuk Awalan Abdul Aziz showing the special card issued to people conferred Datukship titles by the Yang DiPertuan Agong at a press conference on March 8. There have been calls to have […] Continue Reading 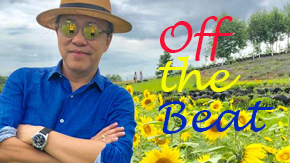 Your favourite winter destinations are getting warmer thanks to climate change

A file photo from August 2019 of a boat navigating at night next to an iceberg in Greenland. Rising temperatures and diminished snow and ice cover in the Arctic are imperilling ecosystems, fisheries and local cultures, according to reports by […] Continue Reading

A hunt for the best hairy crabs in Yangcheng Lake

Hairy crabs from the Yangcheng Lake are a premium item that are highly sought after by foodies. Photo: Wong Chun Wai The hairy crab don’t take crap for its reputation of being super delicious, but unfortunately, it doesn’t come stamped […] Continue Reading

Knocking on death’s door at the Bangkok Forensic Museum

At the forensic museum in Bangkok are countless glass containers of deformed and diseased babies, including Siamese or conjoined twins, all preserved in formaldehyde. Halloween may have just passed, but there’s surely never a time to turn down a morbid […] Continue Reading 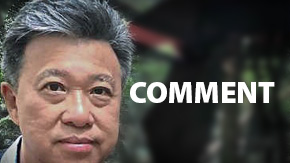 First office: Members of a chingay team demonstrating their skill with the Star flag outside the newspaper’s rented building in Weld Quay in Penang where the tabloid was launched in 1971. I HAD just completed my Sixth Form and was […] Continue Reading

James Bond through the years

I’VE watched all the James Bond movies. As far as I’m concerned, there is only one real Agent 007 who served Her Majesty’s Secret Service, and this honour can only go to Sir Sean Connery. As a fan of the […] Continue Reading

Memories of Mandela and a Malaysian’s role

A file picture of Mandela (left) with Dr Mahathir during his visit to Malaysia in 1990. IT hardly seems like three decades ago, but on the hot summer day of Feb 27, 1990, I stood on the tarmac of the […] Continue Reading